Why I think Dennis Rodman is a Piece of Crap

Before I start this rant, I want to take a moment to clearly state my opinion on negotiations with our enemies…

I actually have the rather unpopular opinion that we absolutely should negotiate with our enemies. I think our leaders should meet with and talk to the leaders of North Korea, Iraq, and yes, even Al Qaeda. END_OF_DOCUMENT_TOKEN_TO_BE_REPLACED

It’s been a couple of weeks since I wrote anything, mainly because with the holidays, I’ve just been too darn busy to sit down and think straight.

So, in the spirit of the new year, I figured I’d pop over to some of the mainstream news sites (CNN, MSNBC and Fox News) and see what’s going on in the world that’s important enough to gain its own headline.

END_OF_DOCUMENT_TOKEN_TO_BE_REPLACED 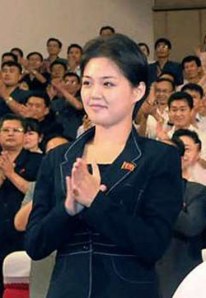 In my earlier quickie-post, Typical Thursday, I mentioned that the ex-girlfriend of Kim Jong-Un was executed. I wanted to drop a little more info about that before I went to bed.

Her name was Hyon Song-Wol, and she was the singer of the Pochonbo Electronic Ensemble, one of North Korea’s most popular bands, which plays revolutionary and propaganda songs. Her better-known songs include the numbers “Footsteps of Soldiers”, “I Love Pyongyang”, “She is a Discharged Soldier” and “We are Troops of the Party”. (I am not making those up.)

END_OF_DOCUMENT_TOKEN_TO_BE_REPLACED

Canada has announced that they will not join the US and UK in any military action involving Syria. Canada supports the other countries, of course, but they refuse to get involved.

Russia is sending at least one submarine and warships to the Mediterranean. The UK has sent at least 6 jets to the same area.

The ex-girlfriend of Kim Jong-Un was executed (along with other performers) for violating the country’s rules against pornography.

Your Face Is Politics

Intelligent discussion of politics without all the PC nonsense